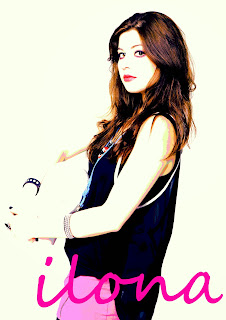 Originally from Bulgaria, but based in the UK for the past 10 years, ILONA has had a life that makes her unlike many others. With a rich blend of influences to draw on, combined with her passion for music and the ability to speak 4 languages fluently, she is truly a unique and original performer

Others have likened her voice to Shania Twain, Karen Carpenter, Adele and even Sheryl Crow, but ILONA also has something very special all of her own. A unique tone, a natural sense of dynamics and the ability to sing a lyric, tell a story and make people know she means it.

Jay Prince bought the 'feel good factor' with his catchy summer release 'All From Here'.

Jay's latest mixtape 'Mellow Vation' is released in November 2013 & you can expect more of the same slick production combined with soulful, mellow, Jazzy vibes. If you can't wait until then catch the man himself performing @ Fat Talent LIVE Mon 7th Oct - Full details
Posted by Fusion at 13:33 No comments:

Kit Rice is a truly versatile musician and with four years of BRIT school experience to call on, Kit loves nothing more than performing live, and can often be seen playing solo shows, with his unique singing style and flexible musicianship, he is an emerging talent and definitely one to watch for the future. 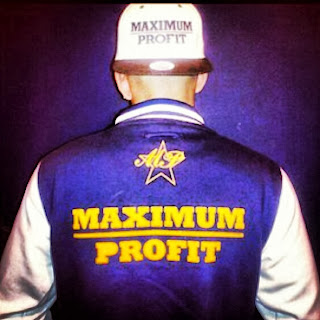 Here is where urban meets affordable, trendy styles that are ascertainable in an incredible range of causal and urban sportswear. The soon to be launched website sets out to offer a professional, reliable and considerate online shop providing great urban fashion and accessories. At 'Maximum Profit' Customer satisfaction is at the fore front of their mind.

'Same Way' is taken from the forthcoming EP "The Next Paige" to be released in November 2013 on Alwayz Recording.

The video features cameos from Wretch32 & Chipmunk. Paigey Cakey herself comes with a fresh swagger and an image change as she continues her rise to the top! Catch the lady herself next week headlining Fat Talent LIVE @ XOYO...Details
Posted by Fusion at 15:00 No comments:


Singer songwriter born and raised in Manchester, Chris has been singing all his life heavily influenced by soul jazz and gospel.

Despite no musical background in his family Chris knew his place was on the stage weather in theatre or popular music & always had a passion for music.

Chris started to get work around the age of 17 after the success of channel 4s musicool which he was fortunate enough to be apart of, and since then he has performed at events around the UK showcasing his soulful voice. Aswell as musicool Chris has also been lucky enough to work within music touring with artists and opening for acts such as Neyo and T-Pain not to mention touring with Josh Groban as a backing vocalist for his sold out uk tour. 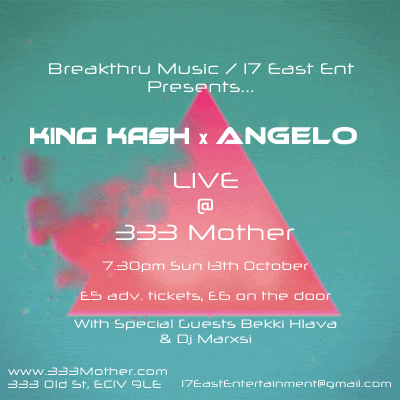 After a successful debut headline show earlier in the year King Kash & Angelo team up once again to put on another headline show. Supported by a full live band this promises to be a night not to be missed. Both artists will play new music from their upcoming releases and will be supported by Singer / Songwriter Bekki Hlava, with Dj Marxs on the decks and Grace Laiker returning as host!

Entry: There are limited £5 advance tickets available, entry is £6 at the door.


The Hip Hop Orchestra was founded by Georgio Savvides a Producer/Pianist/Teacher from North London.

Georgio has always had a great love for Classical And Hip Hop Music, but found that Classical Music, most of the time, has only been enjoyed by the “Older” generation of people, and Vice Versa. Georgio set out to change all that by creating his own “Mini Orchestra” with a twist.

The founder says: "I want to blend Classical Music, along with Hip Hop and Rnb, to perform a unique mix of current and old songs, as well as our own original material".

This project is all about giving Classical music a new look and the Fat Talent team are looking forward to welcoming them to Fat Talent LIVE on Mon 7th Oct...click for details

Starsky Clouds is a London brand for people with a passion for fashion and originality. With their popular designs they are set to reach innovative heights!

Twitter:@starskyclouds
Posted by Fusion at 12:51 No comments:

One in A Million’ is the song that sparked Charm to realise her talent. Born Charmain Andrews, Charm was once low in confidence, that was until she found her sense of self through singing. Now on her way to becoming queen of the live music scene, Charm’s voice really is ‘one in a million’.

Using her formative years to experiment, Charm was drawn to others using music as an expression. Her friendship group quickly became that of rappers, singers, producers and musicians. The talented artist was reluctant to settle for being simply a vocalist and developed her skill of songwriting. ‘The pen would control my hand. A beat would play and my pen would not leave the page, it was as if the song was already written!’

'The Fat blog' serves as a delicious side dish to fattalent.com and our LIVE events

A mix of news, views, features & interviews with the overall aim of increasing the profile of new & emerging creative talent! 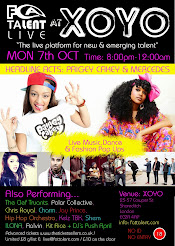 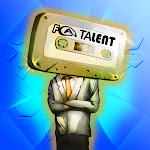 2 pairs of free tickets to the next Fat Talent Live - Mon 7th Oct. 2013 - simply email your details to info@fattalent.com and put the word 'Win' in the subject box. Winners will be selected @ random & notified via email on 3/10/13. Winners will also be announced on the blog....good luck! 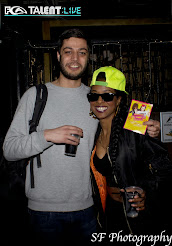 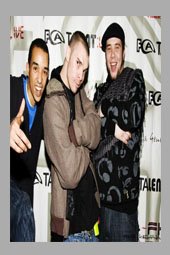 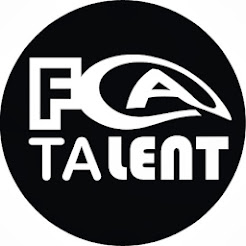 Promote Your Page Too

IT'S ALL ABOUT YOU.......Want to feature in our Fat Chat? Want to raise your profile? Get in touch - pr@fattalent.com